A copper conductive wire was attached to each of the first samples (one silver pretzel and one graphite pretzel) and each was lowered it’s own beaker to electroform. As with most projects, I turned the current up a bit to get the pieces going for about 10 minutes before lowering the current to complete the electroforming session.  The first thing I noticed is that the silver paint allowed the current to flow around the pretzel quickly and uniformly.  The graphite took a bit longer and I watched as the copper progressed to cover the surface.  Graphite is more sensitive to current that is set too high or too low more so than silver.  For this first round I had the current set at 1A which was too high for the graphite paint.  The wire built a crust on it quickly which then prevented the current from effectively coating the pretzel.  I found that .5A was better for the subsequent samples. I was able to remove the graphite pretzel after 10 minutes and replace the wire with a clean one which helped stop the build up and allowed me to continue electroforming the same piece without failure.  Both pieces were bright and shiny after several hours.
For the remainder of the samples I was amazed to see that even though the pretzels were coated with different paints and were electroformed separately, the finishes looked identical.  As you can see on the 2nd set of pretzels they both look as though the copper picked up a patina.  They both plated uniformly.  The copper could be polished later to change the color if desired.
For the 3rd round, I added several droppers of brightener in both beakers to try to get the bright pure copper color back.  The silver paint was more forgiving of the chemistry change and plated just fine.   The graphite sample was slightly more “dull” or “flat” in sheen and also plated with some cracks and lines on the surface.  The brightener seems to have thrown things off a bit in the beaker on the graphite test side. Interestingly enough the subsequent pieces did better with the graphite side (I’m assuming the brightener became less potent over time with use).
The last set of pretzels worked out better than the 3rd round.  Even though there was a “patina” color on both samples, they were bright and shiny.  The brightener seemed to mellow to a good level and the solution was in good shape.  At this point, both beakers had quite a bit of debris in the bottom of each and so I strained the solutions through a coffee filter. The solution was still good to go, but won’t last indefinitely as it will eventually need more acid or to be replaced altogether.
In summary, both paints performed well to conduct electricity and to allow even plating.  Here is what I would say are the pros/cons of each. I personally use graphite most of the time.  I use silver occasionally for pieces where I’m at risk for the graphite washing off such as plating on smooth glass. Although you can paint on glass with graphite if you paint an undercoat of varnish to help it stick. See my post about electroforming on Sea glass.   For more information on other paints see my comparison pdf here: Comparing Conductive Paints for Electroforming.
Comparing graphite vs. silver paint:
Silver Conductive Paint - solvent based from Rio Grande
Pros:
Cons:
Graphite Paint - water based from Sherri Haab Designs
Pros:
Cons:
Posted by Sherri Haab at 2:24:00 PM
Email ThisBlogThis!Share to TwitterShare to FacebookShare to Pinterest
Labels: Conductive Paint, Electroforming 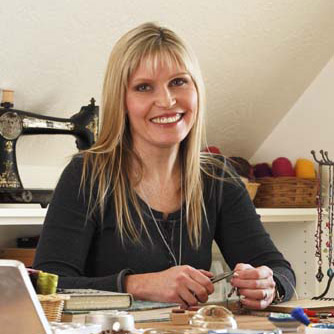